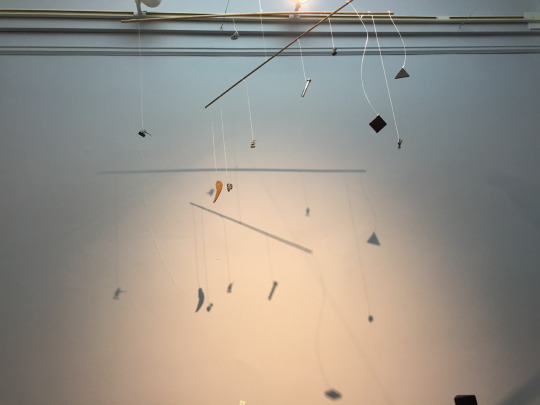 This mobile was inspired by the man who created the word, Alexander Calder.

One of his pieces was hanging in a museum that I visited and the sculpture was only half of what intrigued me. The other half was the shadows shown on the white background.

I attempted to create a piece that was visually appealing and that produced a shadow that was even more interesting. 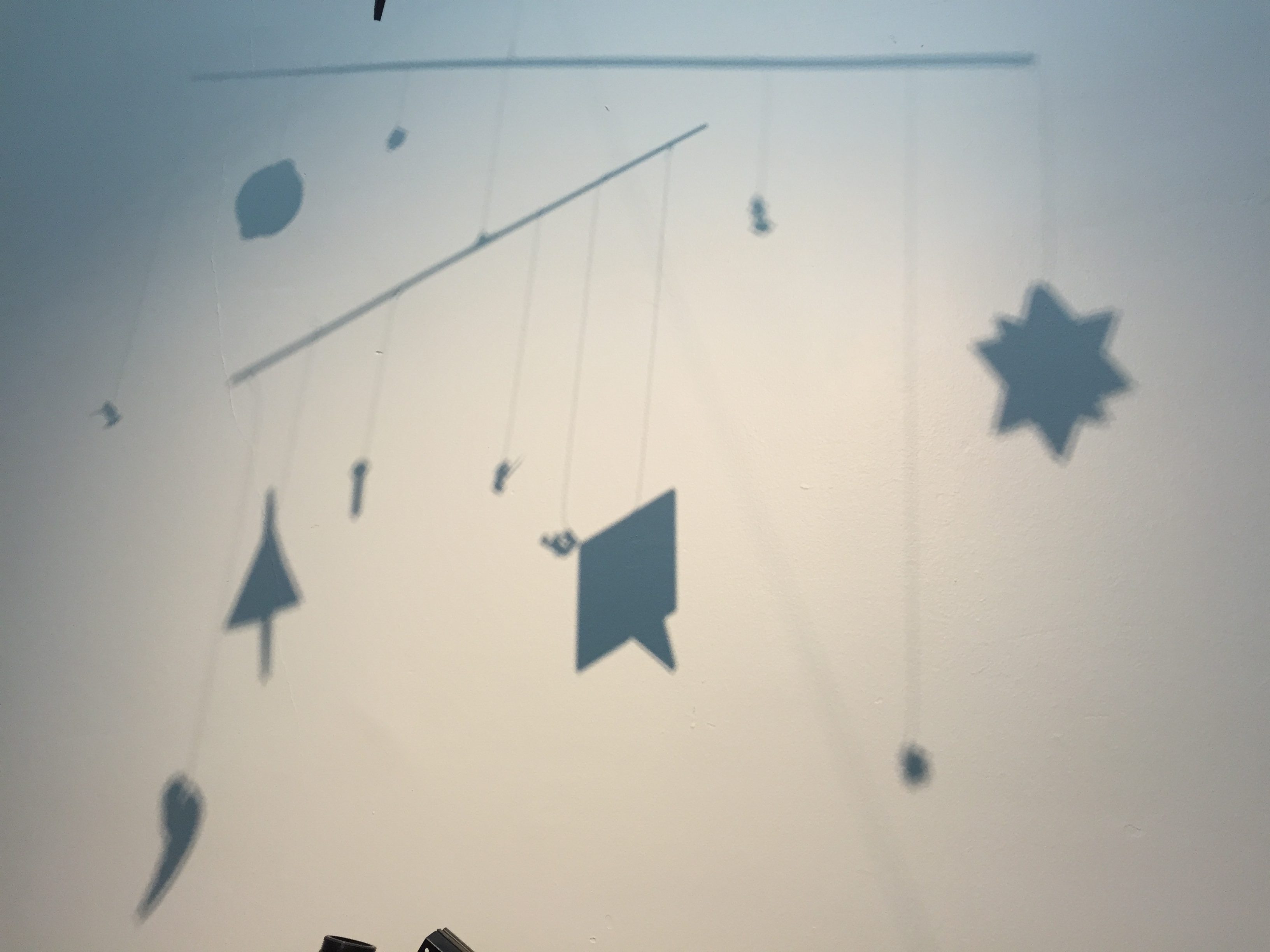 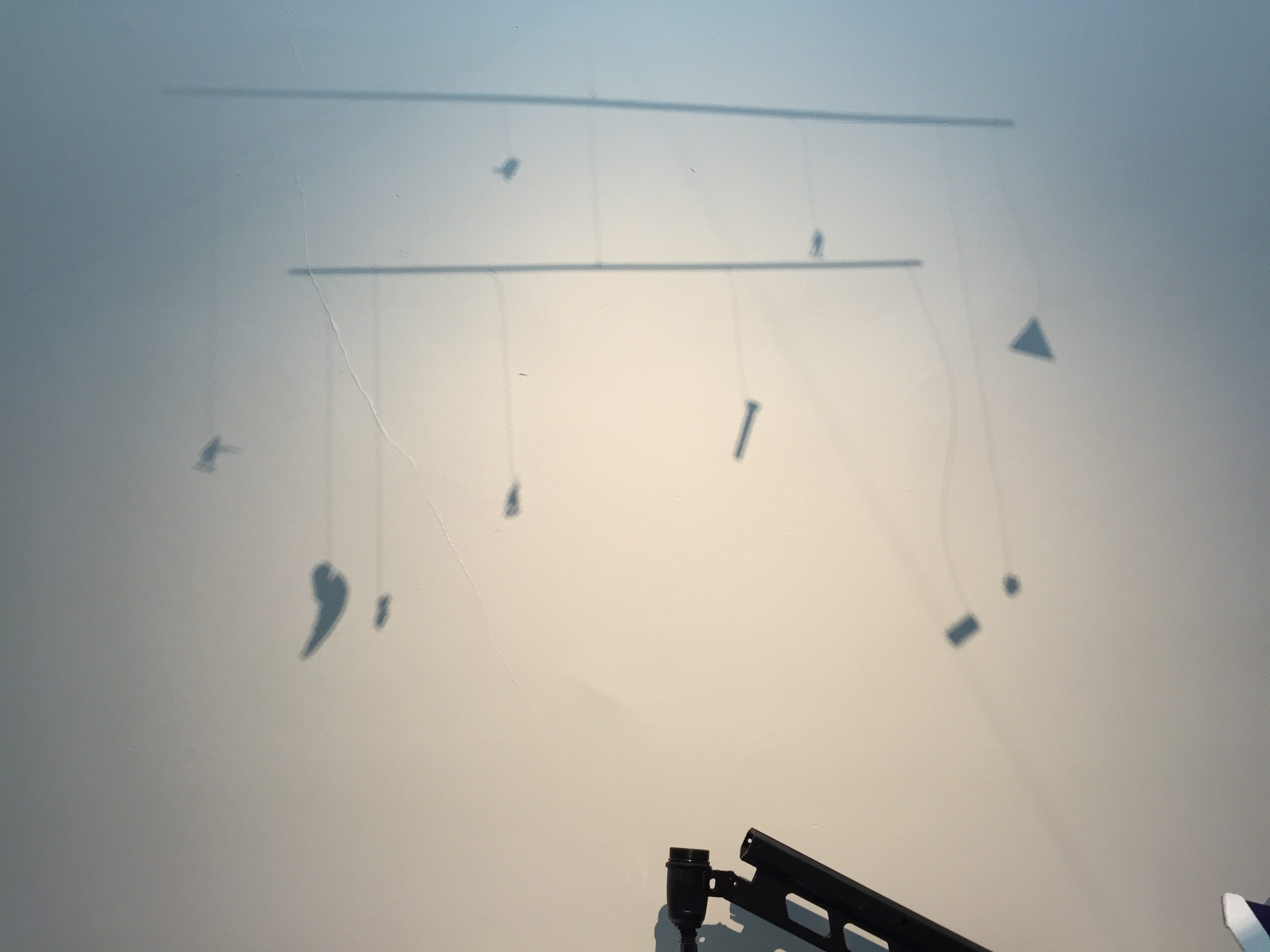 The mobile had to be constructed in the studio while hanging. In between sessions, the mobile was hung in the hallway where it would be exhibited, which created an ever-growing showing of the artistic process. 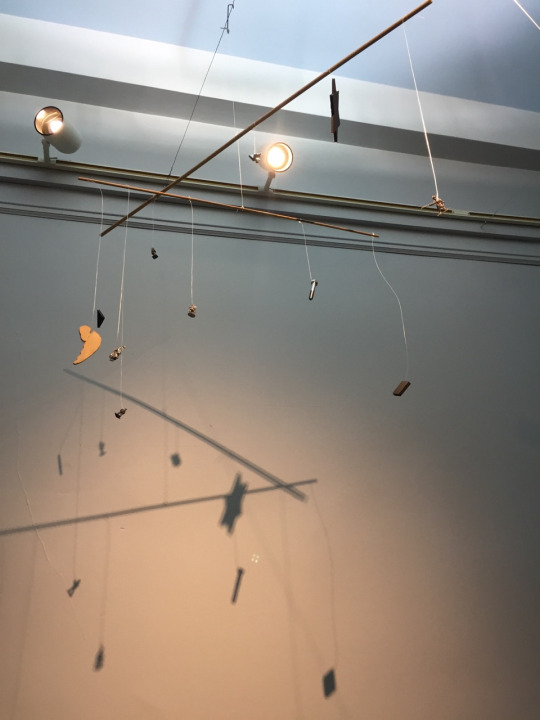 The wind in the hallway from students walking back and forth and doors being opened and closed caused the mobile to spin, show in this time-lapse: